Speaking of quality time my wife and I had a great experience in Oslo on Sunday. With nothing on the agenda – I love Sundays like those – we went downtown and coincidentally took part in Oslo’s biggest late summer party. Not only where there a lot of people, but they where representing many wonderful countries, cultures and traditions. I had my mobile phone ready of course and went crazy trying to capture the atmosphere of it all. As always I’ll gladly share it with you. Let’s start on the stage: 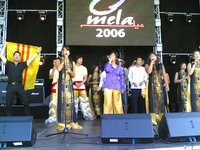 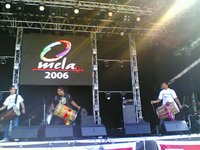 As you can see it was Mela 2006, a multi cultural festival arranged by Horisont Foundation: a self-governing foundation whose strategies aim at achieving a greater participation by minorities in Norwegian cultural life – both as performers, producers, administrators and last but not least as a participating audience in everyday cultural life. 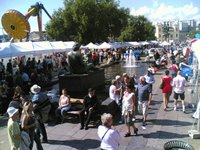 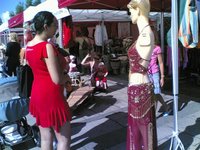 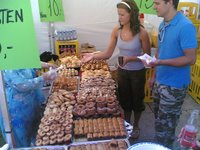 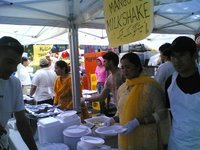 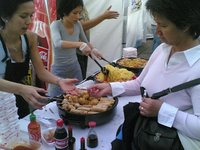 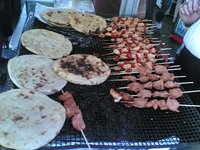 I know my regular readers like some background and history about Norway and this time I’ll give some about our population and immigrants. There are all together 4 700 000 people living in Norway and 500 000 in Oslo, the capital. Some more facts and figures:

More positive attitudes towards immigrants:
From Statistics Norway – Norwegians find immigrants enriching the society. Seven out of ten hold that most immigrants make an important contribution in the Norwegian work life. At the same time half the populations do NOT believe that immigrants abuse the system of social benefits.

From this post and my pictures you could probably tell that I do agree with most of the Norwegian people and I’m proud of it. We are a rich country and can certainly afford to share it with others and by that get an even richer community influenced by others. Of course it is a challenge to integrate them within the society, to teach them our language, our culture and habits and we have a good governmental program for that. You have to learn to ‘howl with the wolves you are with’, but that does not mean you have to give up your identity and personality. If we show them respect, we are entitle to demand it returned and have to do it in mutual trust for equal opportunities. Besides I have a lot of blog friends all over the world who I love to visit, read and learn about culturally the same way. Two of them, all the way from Philippines, I have met in person Charles and Mark. They as well as AL are even living in Norway now. I’ll say the blogger world is a great place for bridging the cultural and religion gap, that’s why I appreciate all your post and are visiting so many of you. So my motto will be: Make blogs, not wars! 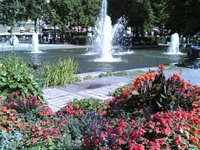 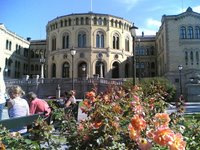 A fontaina and the Parliment 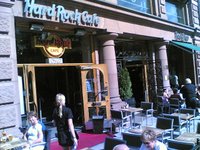 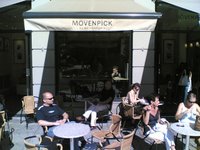 The last one is dedicated to one of my first blog friend: Expat Traveler from Switzerland living in Canada. I want her to know she can have Swiss ice cream when she finds the opportunity to pay Norway a visit:-)

43 thoughts on “Cultural Diversity in Norway”