Although September is the first month of fall, we still have the loveliest warm weather in Norway. With nothing on the agenda for this relaxing weekend I had another quality time up in the hills surrounding Oslo with my wife. I had my Nokia mobile phone on hand of course, so let me guide you through one of world’s most famous landmarks in the international history of winter sports. Holmenkollen is a small mountain on the outskirts of Norway’s capital Oslo (within the city’s area proper). The area has been a ski recreation area since the late 19th century, with its famous, eponymous, ski jump arena hosting competitions since 1892. 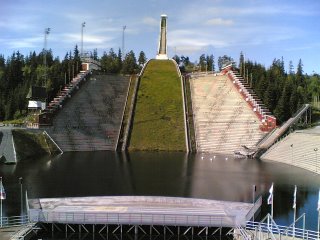 The Holmenkollen ski jump is host to the world’s second oldest ski jump competition still in existence (the oldest is in the near area around Holmenkollen). The first competition was in 1892. Watched by a crowd of 10,000, the length achieved by the winner, Svein Sollid from Morgedal in Telemark, was 21.5 meters. No wonder since the oldest ski found in Norway dates back 5,200 years. The ski jump was also an arena of the 1952 Winter Olympics. Since then crowds have increased to over 100,000 and the jump has been extended 14 times. Today’s tower extends 60 meters above ground, and 417 metres above sea level. The current record of 136 meters was achieved by Tommy Ingebrigtsen of Norway in 2006. 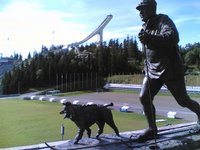 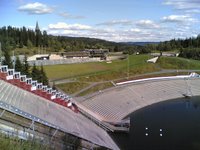 Crown Prince Olav, our former King participated in 1922 and 1923. Every year, more than a million tourists visit the ski arena. Between 1 may and 31 august this year the ski museum had almost 605 000 tourists 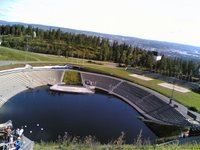 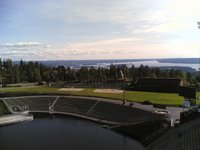 From here you have a panoramic view of Oslo and the Oslofjord, and the world’s oldest ski museum is located at the base of the tower. The hill is also a summer attraction and people come here for outdoor recreation: swimming, cross-country running, marathon, orienteering, cycle races, motocross, fishing contests, summer ski jumping and freestyle, dog and horse shows. In addition, Holmenkollen is the scene of a number of cultural events, of which the best-known is the Summer Concert, broadcast to several countries. 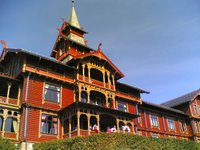 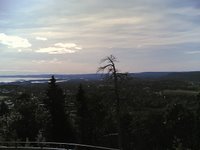 If you like to stay here for a few days, I recommend Holmenkollen Park Hotel. Parts of the hotel date back to 1894 and the National Romantics period. A rich cultural inheritance is blended with all the “mod con” facilities of a first class hotel. Above is my picture of the older section and the view from the front of the hotel. 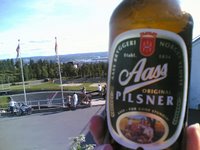 We ended our tour at the café by the ski jump. The craw fish baguette tasted lovely with the most wonderful view and the fresh, clear air and sunshine. My wife had a cafe latte and I had a beer. She told me that my readers around the world would have a good laugh if they read the name of this beer, so I just had to take a picture of the bottle with the panoramic view behind it. It comes from one of the oldest brewery in Norway and taste much better than it sounds:-)

56 thoughts on “Holmenkollen a cultural high point in Oslo”